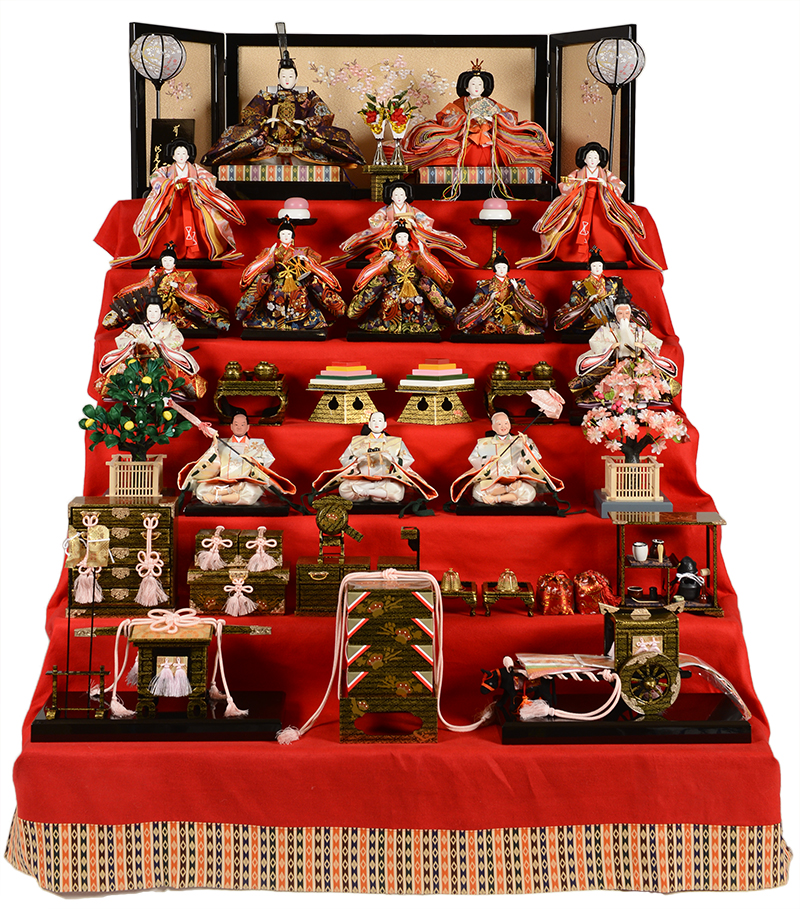 Hinamatsuri (Doll’s day or Girl’s Day) is a special day in Japan.
It is celebrated each year on the 3rd of March. Platforms covered with a red carpet are used to display a set of ornamental dolls representing the Emperor, Empress, attendants, and musicians in traditional court dress of the Heian period.

The custom of displaying dolls began during the Heian period.

Families generally start to display the dolls in February and take them down immediately after the festival.
Superstition says that leaving the dolls past March 4 will result in a late marriage for the daughter.