Dotonbori is a large scale downtown along the south bank of the Dotonbori-gawa Canal. Osaka is known as the gastronomists’ town, and thus the entire area of Dotonbori is thronged with an unbelievable number of restaurants and amusement facilities, and is dearly loved by the Osakaites. There are theaters that play traditional puppet shows Bunraku, storytellers’ halls and other popular entertainment as well as a number of movie theaters. 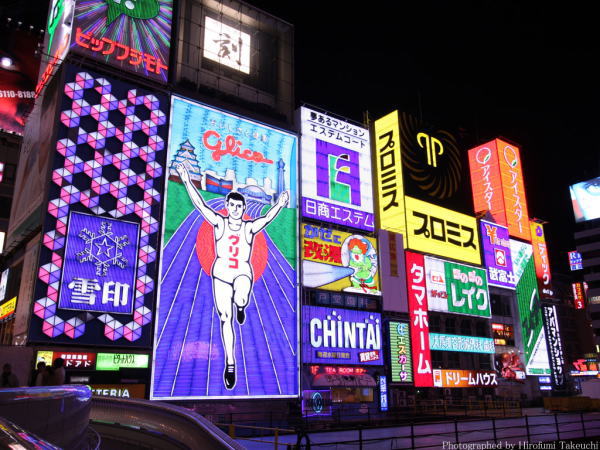 There is the Hozen-ji Temple built in the 17th century on the first street to the south of street along the Dotonbori Canal. A paper lantern hangs at the front of the temple, which gives off pale orange light at sunset. The stone paved street in front of the Hozen-ji Temple is called the Hozen-ji Yokocho Lane. Shops with a beautiful latticework stand side by side as a reminiscence of the Edo Period in the 17th century and they give off peaceful atmosphere.